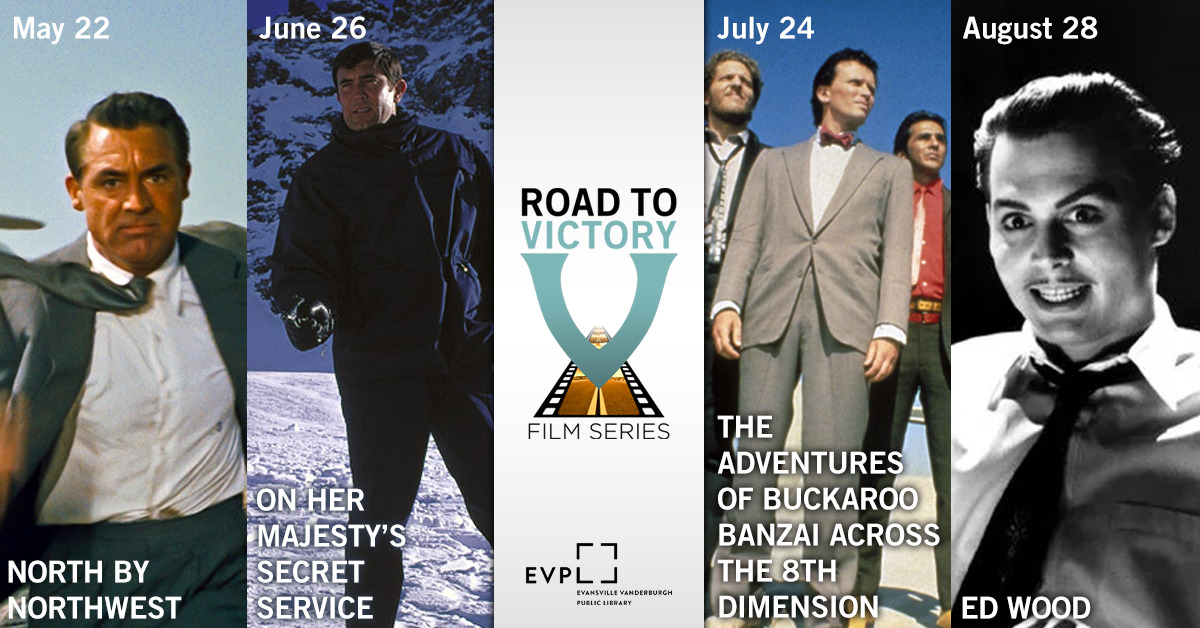 In the run up to the first annual Victory International Film Festival we are presenting four film classics in a series hosted by local film guru Ted Haycraft at the EVPL Central Branch. These four films are celebrating four significant anniversaries this year and are screen gems. The series is free and open to the public, but donations will be accepted to support the mission of the upcoming festival, to celebrate film and the community of Evansville. Films featured are North by Northwest, On Her Majesty’s Secret Service, The Adventures of Buckaroo Banzai Across the 8th Dimension, and Ed Wood. The films will show from May through August and the screenings will begin at 6pm. To view more information and to RSVP for any of the showings click here.

The Victory International Film Festival will run from September 12-14 across downtown Evansville and will showcase films from around the corner, to around the world. If you want more information about the festival, advertising and sponsorship opportunities, or you have a film of your own to submit please visit www.victoryiff.com.